For the code referenced in this article, please check out our Github.

While a verticle is bound to a thread when it is started and will stay on that thread until it is terminated, threads in Akka might be disbanded if they stay idle too long. Akka does not guarantee that the actor will be running on the same thread on a restart.

There is a quite significant difference when it comes to how messages are delivered between actors or verticles. Akka only supports point-to-point message delivery, meaning that each message will be sent from one actor and processed from one actor. Messages have the format of scala or java objects and the types of messages have to be specified (unless you are using Akka classic). Meanwhile, Vert.x also supports pub/sub messaging, meaning that multiple actors can produce to- and consume from a shared channel. Messages in Vert.x are by default written in json, although the use of codecs enables sending objects, and are transported by the event bus.

This approach makes Vert.x language agnostic in the sense that a Vert.x instance can be composed of Verticles that are written in any language supported by Vert.x. Akka on the other hand only supports scala and java actors.

A potentially significant advantage of Akka over Vert.x is the fact that actors are organized in hierarchies, while the Verticles are organized flat. This hierarchy can be crucial when it comes to gracefully handle failures because they can be bubbled up inside the hierarchy. 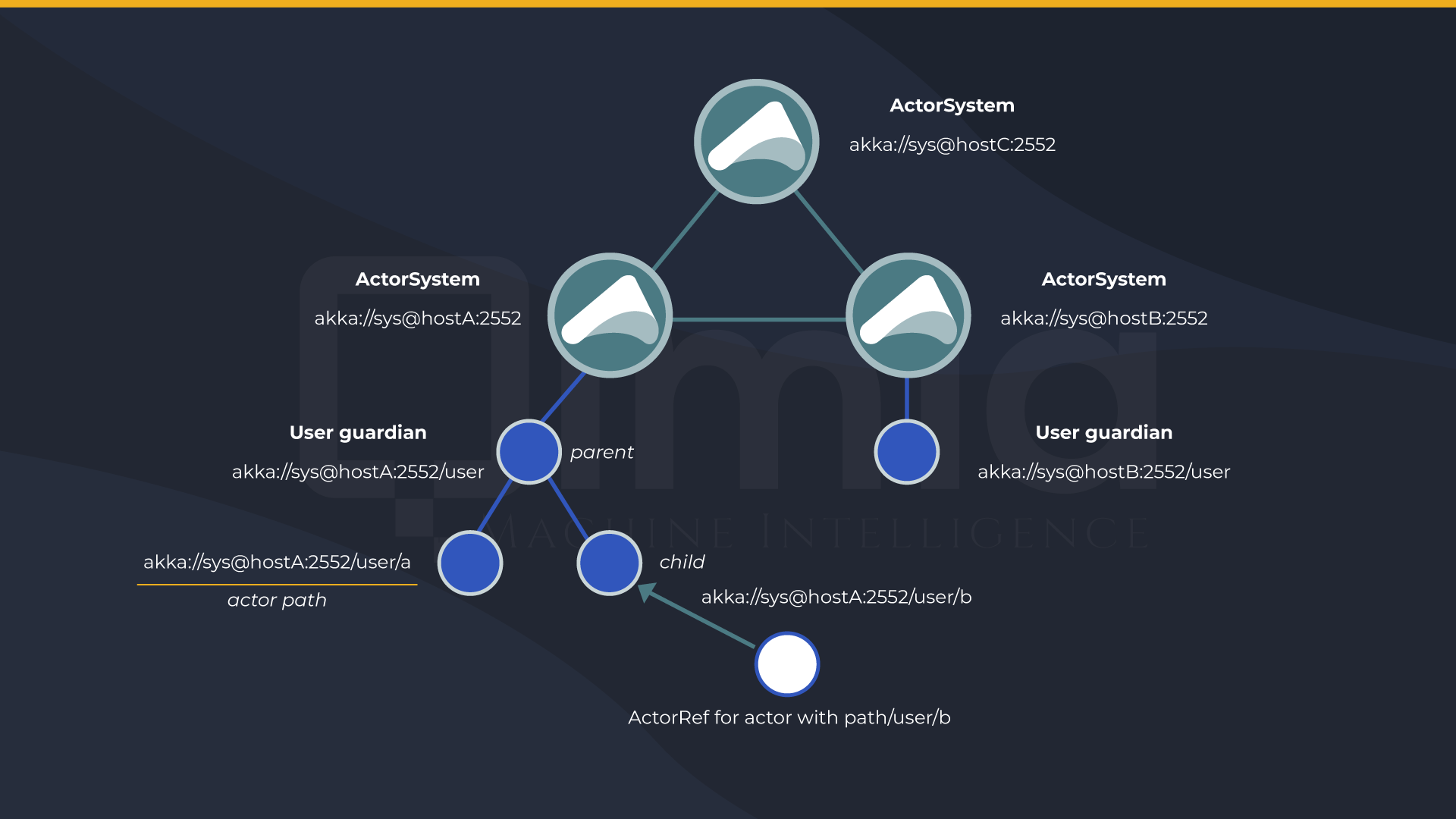 Further, Akka persistence enables Actors to recover their former state when they crash, which is something that Vert.x does not deliver out of the box. As a consequence, Akka can provide both at-most-once and at-least-once delivery guarantees, while Vert.x only supports at-most-once.

Concluding the comparison, although both libraries seem similar at first, there are good reasons for choosing each of them over the other. Vert.x strengths lay in its convenient way of executing blocking code, the event bus which enables Vert.x to be somewhat language agnostic, and the support of pub/sub messaging. Akka on the other hand has a big advantage regarding the graceful handling of failures by the actor hierarchy, as well as Akka persistence enabling Akka to guarantee at-least-once delivery. These points should be taken into consideration when choosing the correct library for your use case.

For the next part of the tutorial please click here!

Do you want to know more about Developing Streaming Applications?

Feel free to ask anything. We are here for you.